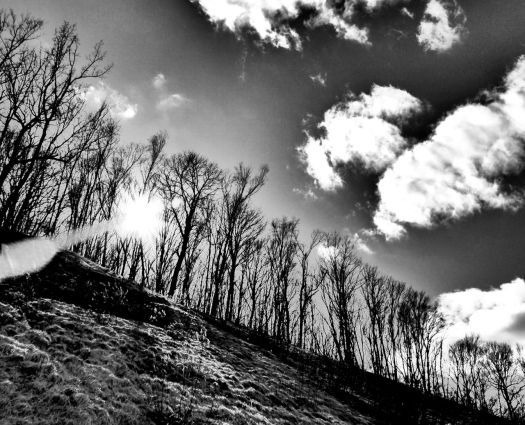 Our yearning to be heard, to have our ideas propagated, is a hunger for life itself. This makes social media a survival instinct. Of course, conflating tweets with some form of innate drive to pass our genes on to the next generation seems silly, overblown, bombastically ornate … until you realize that if digital tools are just extensions of our hands, then digital social congress could be an extension of our sex.

Put another way, individuals exist with two basic purposes: to fulfill their daily caloric intake to keep on living, and to stay alive long enough to produce offspring, who in turn will continue the chain of life. Individuals are really micro-links in the macro species, and it is the species itself that has evolved to survive over time. This is the reason that 13-year-old boys fantasize about sex, and that the cry of a baby on an airplane is so annoying, because the lust to pass genes on and the need to provide solace to a helpless infant are mini-memes that support our species’ survival. Unseen by individuals, the collective urges and consoling of our chain of forefathers is passed to the mothers beyond us in time. We only exist as conduits to this future.

We are cells in a collective species of time.

So if together a group of individuals, mapped out over history, is really a collaboratively living, breathing organism fighting for its survival, then the superior species will be the one in which every cell — us — acts to support the health of the greater being. We will strengthen cells by fighting among each other to eliminate the weak (with wars or, as we evolve, less-bloody politics). We will sustain cell growth by mating as rapidly as possible. And we will, as a species, seek to dominate other collective organisms by either confining them (hello, dogs), eating them (chickens, pigs and cows), or destroying them (any species in our way, such as unneeded trees that must fall before our constructions).

Unfortunately, any given species’ survival can be threatened by its own success, if its growth expands too rapidly. Like a cancer, cell growth can destroy the healthy ecosystem around it. Malignancies spun out of control are difficult to stop, because the cells — individuals — inside cannot see the havoc they are wreaking. And like cancer, something triggers cells to fight and expand and reproduce in a new, hyper-fast way, one in which the programming of the original species’ DNA did not anticipate. Within the organism, the cells become runaway cars, crashing into everything. The very urges we feel to have dominion over the Earth can destroy the world around us.

This loop of destruction must be recognized for it to stop. Somewhere, a cell realizes its mistake, but the species of tomorrow is too hungry to really listen. There is no code to send the message up. This is a concept yearning to be heard, an idea to be propagated, a hunger for life itself.

On Jan. 12, 2007, world-famous musician Joshua Bell began playing a $3.5 million Stradivarius violin at the underground L’Enfant Plaza subway station in Washington, D.C. More than 1,000 people walked by in the next 45 minutes; only seven stopped to listen, and Bell gathered just $32.17 in tips. Washington Post reporter Gene Weingarten won a Pulitzer Prize for recording the social experiment.

The finding: Humans are bad at noticing unexpected changes in their environment.

Does this matter? If the environment drifts the wrong way, yes. In the Wired April 2000 essay “Why the Future Doesn’t Need Us,” Bill Joy wrote that humans are unwittingly spreading technology around us that may outlive us. Artificially intelligent robots will soon be the byproducts of our self-driving cars, and may not need their creators. Nanotechnology, invisible molecular-level engines, if unleashed without care could turn carbon lifeforms into pulp. And genetic engineering, today used to boost the vitamin A levels in golden rice, could create plants or animals that devastate our food chain. No one is building any of this deliberately, Joy suggests — but we are creating things that will lead to other things we may not wish for.

“Biological species almost never survive encounters with superior competitors. Ten million years ago, South and North America were separated by a sunken Panama isthmus. South America, like Australia today, was populated by marsupial mammals, including pouched equivalents of rats, deers, and tigers. When the isthmus connecting North and South America rose, it took only a few thousand years for the northern placental species, with slightly more effective metabolisms and reproductive and nervous systems, to displace and eliminate almost all the southern marsupials.”

The world once had tigers with pouches like kangaroos, and they all faded before a new species with slightly better metabolisms. Like violins in the subway, I bet the early intruders from what is now Mexico crept through the woods unnoticed.

A friend wrote recently that we live on the border of two eras, Disruption and Post-Disruption. His concept, as I understand it, is at some point the technological and communications and religious and human rights evolution of our society has increased to the pace where disruption is constant, a given, a part of the background, and so we must learn to swim in this new lake where the ground of society is no longer stable beneath our feet. Perhaps this is overblown or egocentric, a conceit that we live in a pivotal point in history, and it may be erroneous to assume the ancestors who came before us building Rome or London didn’t feel the same insecurity of radical change. But the pace of change has quickened, that is a fact.

I responded with this thought: the conflict between past and future has always been that of conservatism and liberalism, a tension between tradition and progress, of old rules and new ones, today expressed in the United States with the anti-Obama Fox News and pro-Obama MSNBC fighting … and globally with the anger between Islamic terrorists and encroaching Western society. The line between the two spheres of past and present is constantly moving, like a wave caught between two currents, and what seems liberal today (say, gay marriage) could seem conservative tomorrow (like Social Security). And beneath these currents lie deeper ones; while Americans quibble over who may get tax breaks for being considered “married,” other cultures look at ours entirely as a liberal radicalism, a state where showing full nudity in movies is OK and drinking drugs called alcohol is accepted. Conservatism is just a name for the perspective of where one stands, and liberalism is what you call someone else who is running ahead too far.

The question goes beyond whether such tension is anything new to — what of our pace, the velocity of our change, the speed of the ongoing disruption? The definitions of ethnicity and class and male vs. female roles and parental discipline and environmentalism are morphing so quickly, it’s difficult to see if where we land is right or a step forward or a risk that we may be destabilizing our communities. It’s possible that we will look back and think we made a mistake. Maybe cars shouldn’t have pumped toxins into the atmosphere. Maybe simulated sex in Oscar-winning films erodes our spirit. Who stops to think, when the show is good and we love the power of our SUV?

The tension between past and future has always been here. But the speed at which that wave now moves leads to an unknown crest.

Hi, I'm Ben Kunz. I work in marketing but think about influencing our future.